A Unique Opportunity for a New Hertfordshire Village 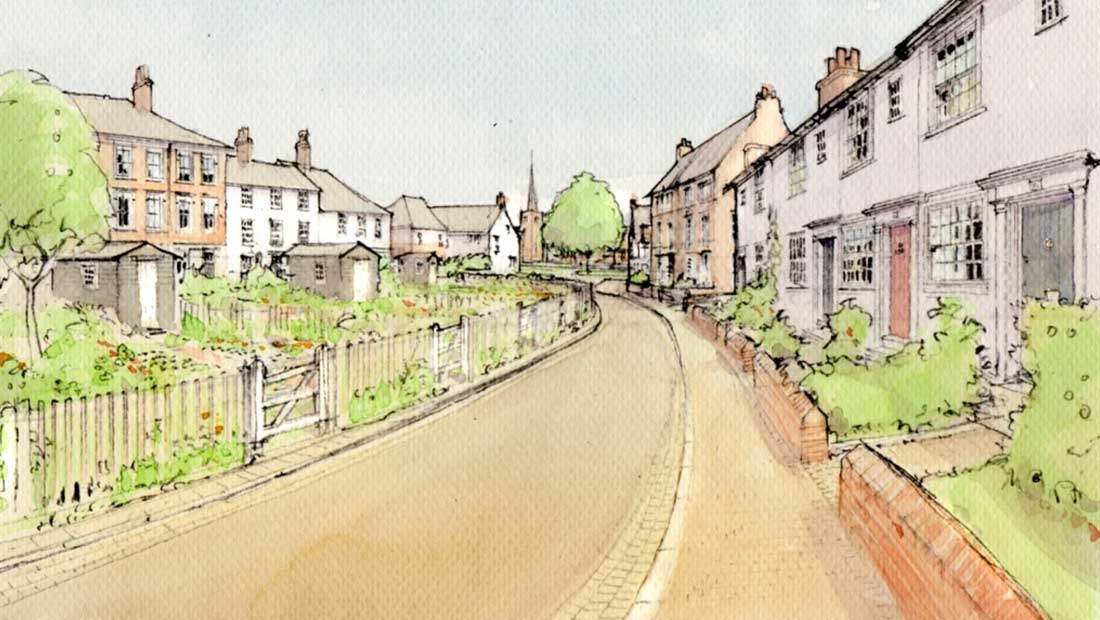 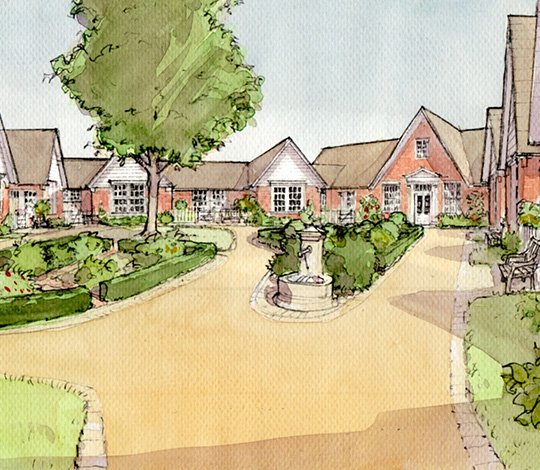 “The English village has long occupied a central place in the affections and pride of our own people, countrymen and townsmen alike. It has been accepted too… as a characteristic and attractive product of the English way of life.”

Thomas Sharp The Anatomy of the Village

Villages are an intrinsic part of the English countryside. They are associated in our minds with clean air, space, serenity and rustic rural beauty. Symondshyde provides a unique opportunity to plan comprehensively for new housing and new infrastructure, and to demonstrate a sustainable development for successive generations to enjoy.

With a community centre, church, local pub, restaurant and country shops, Symondshyde is a far more ambitious plan than simply building a monoculture of circa 1,130 dormitory homes in the green belt. If adopted in the Local Plan, the village will offer a primary school for the education of local children and a retirement community for older people. As a true village, built to follow in the best traditions of rural Hertfordshire, space will be allocated to facilitate horse livery, community allotments, and other outdoor amenities.

There are no plans to harm the existing historic woodland. Mature trees and hedgerows across the rest of the site would remain. The site was studied in great detail prior to the commencement of any masterplannning.

We believe, as planner Andres Duany has said, that “when green space is lost we lose something of value. We must make sure what we get in return is of equal value.” To this end, the masterplan for Symondshyde village has been specifically developed around the traces left on the ground by the past centuries of human habitation: bridle paths, streams, mature hedgerows and trees and other marks. Not only are these retained, but they dictate a natural shape, size and feel of the village.

Small businesses are an essential component of any thriving village. The existing businesses at Symondshyde farm, for example the 3 Brewers of St Albans, are typical of the fabric from which any future village community might develop. Gascoyne Cecil are keen to embed businesses at the heart of any new development and are exploring what role present enterprise could play in an emerging Symondshyde village.

Farming around Symondshyde would continue. Whilst the 56 hectares of the village site’s predominantly arable land would become lanes, homes, small businesses, community facilities and provide a variety of green space – grassy verges, a village green, wildlife habitats – the rest of the land around the village would continue to be farmed.

There are many examples where villages and wildlife exist in harmony. Villages can offer space for ecosystems to form and wildlife to flourish. Whilst arable farming is largely a monoculture, the trees, hedges, grass verges, village green, individual gardens and community allotments, and small blocks of woodland and ponds offer potential for a more diverse ecological environment.

Part of the green corridor

Our wider proposals include for a green corridor running east-west across Central Hertfordshire. This affords better opportunities for landscape and habitat management, improved access and connectivity for walkers, cyclists and equestrian uses. Symondshyde village has potential to become an attractive way point or destination within this network of routes.

Part of our English tradition.

We undertook extensive analysis of rural villages, including many within Hertfordshire. Our studies showed that villages are invariably scattered across the landscape between 1-4km in a patchwork of rural settlement and open space. The presence of favourable topography and mature woodland ensures that the new village would sit comfortably within its surroundings.

Engagement and consultation has been broad. A timeline of the process to date appears below.